Travel
TravelThings To Do In Tokyo At Night

Many people refer to Tokyo as a city that never sleeps. This city is home to numerous well-known tourist destinations as well as thrilling Things To Do In Tokyo At Night that formally welcome guests with flashing neon lights. You may explore ancient monuments that are wonderfully lit up at night or take in breath-taking nighttime panoramas from skyscrapers. Many people also love dining and shopping in thriving neighborhoods filled with bustling stores, eateries, and numerous Izakaya. It is always worthwhile to venture out and explore the sprawling metropolis once the sun goes down, regardless of whether you call Tokyo home or are just planning a trip there. Let’s investigate the top Things To Do In Tokyo At Night!

Top 7 Wonderful Things To Do In Tokyo At Night

Tokyo is so well-organized that it’s difficult to understand how crowded the city is unless you see it from above. You may experience the vastness of the city from Toky City View’s rooftop Sky Deck, where a sweeping urban jigsaw of closely packed structures stretches out to the horizon. You’ll literally be walking along the rooftop’s edge as you experience this amazing view, but keep your eyes on the prize and look out for all the famous landmarks, Tokyo Bay can be seen in the distance, along with the Tokyo Tower and Skytree. Tokyo is particularly beautiful at night when the lights are on, so we can understand if you want to linger longer to take it all in. Stay instead: After the Sky Deck shuts at 8 p.m., go a few floors lower to the observation deck on the 52nd floor to continue taking in the breathtaking view until 1 a.m. (on Friday, Saturday, and holiday eve). Who needs a drink when the surroundings are so breathtaking?

Even while the number of works of art in this temporary teamLab museum is less than those in the Borderless permanent museum in Odaiba, the lesser crowds and later closing time make this a far more relaxing experience. You can still recognize this as teamLab, though, thanks to the interactive, immersive, tactile, and sensory digital art exhibits. You are required to go barefoot while exploring the museum, including climbing up a slope through running water, kneeling in a pond with virtual koi fish swimming around you, and stumbling into a space with a floor that seems like a huge bean bag. All of them aim to increase your awareness of your own body, particularly how it travels on various surfaces. You’ll even get the impression that you’re spinning around an “outer space” of larger-than-life flowers in one bizarre installation. You don’t seem to be hallucinating, and you aren’t even the slightest bit intoxicated. Instead, it feels like you’ve fallen through a rabbit hole into a strange, psychedelic universe.

Without participating in a bar hop in the Tokyo way, a trip to Tokyo is not complete. The most well-known Things To Do In Tokyo At Night is Golden Gai, a hole-in-the-wall that should be on any visitor’s Tokyo bucket list. The network of tiny streets is jam-packed with over 280 little bars, giving it a romantic setting for a night of bar hopping. The ambiance is enhanced by the fact that most of these establishments are so small that they can only hold a small number of patrons. Narrow laneways also connect the streets. There are bars that only serve locals, but the majority of them have English-language menus and banners outside welcoming visitors from other countries. After 9 o’clock at night, these tiny streets come alive with bustle and stay up until the early hours serving a variety of drinks.

For late-night meals or drinks and a kind welcome, visit Memory Lane (Omoide Yokocho) or Piss Alley (Nonbei Yokocho). You’ll feel as though you’ve traveled back in time to the Showa era as you walk down Memory Lane, a tiny side street. On the western side of Shinjuku Station, Piss Alley becomes a bustling center from 5 p.m. to midnight. There are numerous little pubs and restaurants there that serve odd foods including grilled salamander, frog sashimi, and grilled testicles in addition to yakitori, soba noodles, and nikomi (a type of udon noodle). Additionally, Japanese beer, sake, and highballs are reasonably priced. It is a romantic Things To Do In Tokyo At Night, with red lanterns illuminated everywhere and smoke pouring from the grills.

5. Walk over the Rainbow Bridge

Walking over the Rainbow Bridge at night, with the city’s lights twinkling and transforming it into a fairyland, is another thrilling Things To Do In Tokyo At Night. Tokyo and the man-made islet of Odaiba are connected by the enormous suspension bridge. The Rainbow Bridge is a popular nighttime destination due to the expansive vistas of the Odaiba coastline and stunning solar-powered illumination. On one level of this double-decker bridge, there is an expressway and a walkway where people can stroll and enjoy the best views of Tokyo for no cost. A flotilla of yakatabune (traditional Japanese houseboats with lights), which sail in Tokyo Bay in the summer, enhances the nighttime view with a gorgeous seasonal backdrop.

Going to TeamLab One of the uncommon Things To Do In Tokyo At Night that doesn’t include drinking is Borderless. It’s a digital art gallery that uses thousands of computers and projectors to produce surreal visuals, music, and lighting effects. The Crystal World, a space filled with mirrors and colorful LEDs, is the installation that is the most well-liked here. The Forest of Resonating Lamps is another well-liked area where visitors can awe at the colorful lanterns. On weekends and holidays, as well as later during the busiest seasons of the year, the museum is open until 9 o’clock.

The greatest Things To Do In Tokyo At Night to see Tokyo’s nighttime magic is to visit the Tokyo Tower. Tokyo is incredibly magical at night. From Tokyo Tower’s 250-meter vantage point, the city appears to go on forever, stretching as far as the eye can see. Far-off skyscrapers lean towards the sky, while contemporary motorways weave a confusing web. The tower, which is even taller than the Eiffel Tower in Japan, dominates the metropolitan skyline at 333 meters high. The tower is illuminated every night with patterns that correspond to the season or special events, which is one of the attractions of approaching this building. Each year, more than three million people come to this famous tower to view the city from its 150- and 250-meter observation decks. In Tokyo at night, it doesn’t matter if you observe it from afar or stand on its viewing platform to take in the cityscape.

You can learn about the hidden aspects of the busy metropolis from a completely new perspective by exploring Tokyo at night. Even though Tokyo is generally a safe city at night to wander around, there are still some areas that you might wish to avoid by yourself in the late hours. We hope you discovered some new places and got to experience Tokyo at night!

Rate this post
Tags :Things To Do In Tokyo At Night
HaiMinhSeptember 28, 2022 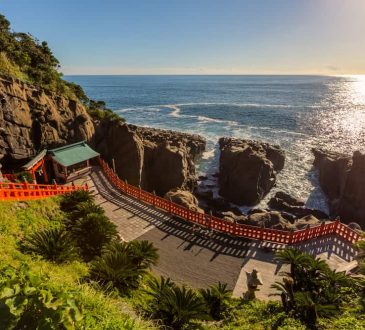 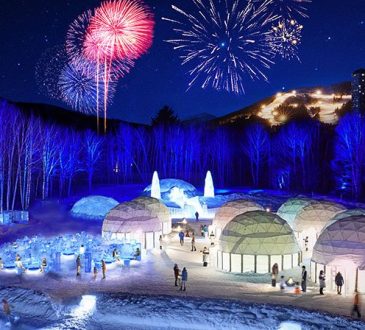